Can’t Do Anything Right | Echo Strike – reviewed by MJ Savino 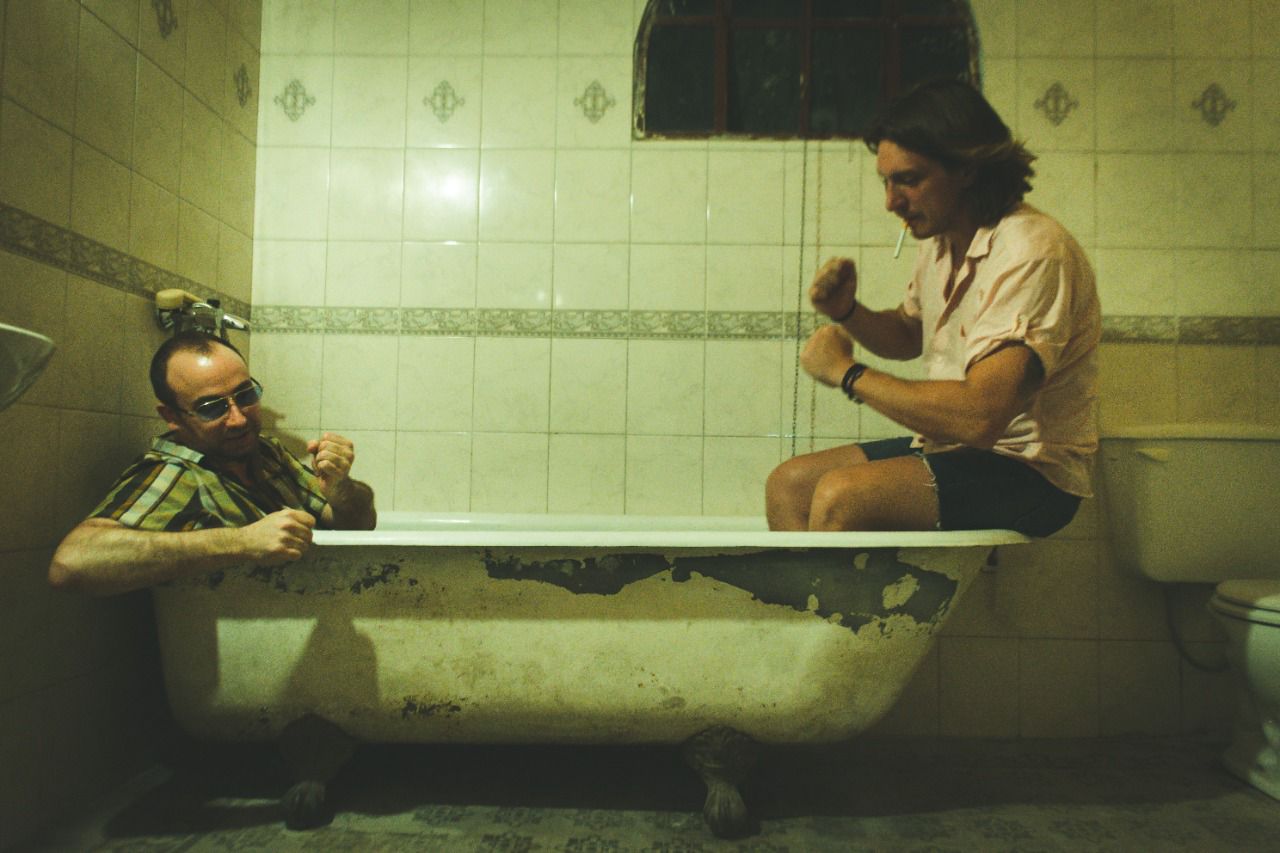 Echo Strike returns with their 4th album ‘Can’t Do Anything Right.’ The album dives right into sharing both perspectives of volatile relationships and lost love. All 14 tracks are driven by honest, heartfelt vocals over an arrangement of multi-genre instruments from guitar strumming, hard basslines, dancefloor melodies, and blends of smooth and electrifying rock.

Frontman Randy Van Gelder, guitarist Beau Newlin, producer Jonathan Broussard, along with Argentineans Homer, Zeta, John, and Angel make up the band. A band that instead of chasing fortune and fame, rather build real human connections through music…touch hearts and minds globally, and ‘Can’t Do Anything Right’ is no exception to this mission.

The album’s title is the first track to kick off an hour of intense emotions with soul gripping music. Although there’s blood on his hands, he’s still a good man. He’s not able to explain his actions other than that’s just his life. With all bridges burned where will he turn? Will his love stay or turn on him? The smooth rock aesthetics carries the emotions over the vocals, but nonetheless, doesn’t soften his feelings of being distraught. Good As Gone holds accountability on both parties. It’s too late to take things back, although he did his part and has regrets, let’s not forget he also gave his all. The first loss was on him but the second was cold as ice, not by his doing.

Never Too Late gives off more of an electrifying vibe and really pinpoints how to move on and forward after the sticks and stones, and tit for tat stage. Ideally, it’s never too late to start fresh even if rainy days are trying to prove otherwise. In My Head literally cuts like a knife and plays the other side of him. Even though they want to get away from him he’s still able to see a future.

Lied Twice is another track owning accountability. Let’s shed light on the elephant in the room. Most often, men are seen and heard in the media for the cause of relationships ending because of lies and deceit. This whole album is about righting wrongs and owning faults. Lied Twice underlines that as he expresses how all his lies and denies now take reign over the chance of having something great. It’s too late, they’re gone with nothing left to say.

Maze Of Doubt is the perfect blend of hard and electrifying rock. There’s a lot at stake here, but he’s lost and can’t find his way. He’s too far from home and his results are far and none when it comes to finding the one. Will he ever find his way out of this overriding doubt? In Hello he comes face to face with someone he hasn’t seen since the last goodbye. He’s stricken with the feeling of looking into their eyes and being by their side. That is what keeps everything alive in his heart and mind. Are they feeling it as well? Or is this something to deny?

Have Fun allows listeners to take a break from the track of pain, vulnerability, and possible forgiveness and switch lanes to the dancefloor. Let’s make it a better day, run and get away from everything and everyone else. Forget everything you’ve been through and just have fun, even if it’s for just a moment in time. Open The Door bridges a cosmic/rock flow and asks how can one be free with clear integrity? Maybe not focus on settling scores or asking for more, maybe accepting what’s grey in life especially when it pertains to love. Dagger is an eye-opener, although heard and seen so many different times and ways, the band pulls us in to feel open flesh wounds. They keep sharpening knives and coming close for a stick here and there. But this time they went too deep, and the pain is unbearable. Just like seeing them with someone new and the hurt when he looks in their eyes. After it’s all said and done will he still chase them for another chance?

Come Away With Me is the soundtrack to every love story in my mind. Look into his eyes and allow pleasure to push pride to the side. Don’t think twice, don’t ignore the signs, now turn around and go away with him…into the sunset (as cliché as it gets). Hollow brings us back to reality, quickly. His attempt to look for tomorrow seems almost impossible while he tosses and turns and pushes life away. He’s experiencing all the pain without any gain.

Rest My Case, does just that regarding how one can feel inside versus what’s felt outside. When he opens his eyes he’s alone and everything is rearranged. What should be left is right and what should be up is down. But when his eyes are closed, he’s taken back by visions of them and when they first met to when love blossomed. This defines the age-old dilemma of mind versus heart. Reset My Soul, the album’s finale is also his last opportunity to let go and be free of any guilt, hurt, and pain. He references resetting his soul the same as a heart attack. There will be no other love like them, and they will always be the one.

Spotify – Can’t Do Anything Right

When we think of rock bands the normal stereotypes come to mind such as loud, rowdy, profound vocals, etc…But such is not the case with Echo Strike. They combine smooth and hard rock with pop and funk over electrifying guitars and basslines. ‘Can’t Do Anything Right’ can be noted as a journal entry filled with a kaleidoscope of different emotions, all relatable. When it comes to relationships both parties need to be held accountable when the situation is fitting. This album allows for that and might be the save-all to some relationships out there struggling. Echo Strike brings forth honesty, shame, and guilt, but also brings forth love and the importance of cherishing it.

Can't Do Anything Right | Echo Strike – reviewed by The Buzz