Echo Strike – ‘Not Inside Your Mind’ review by Upstream 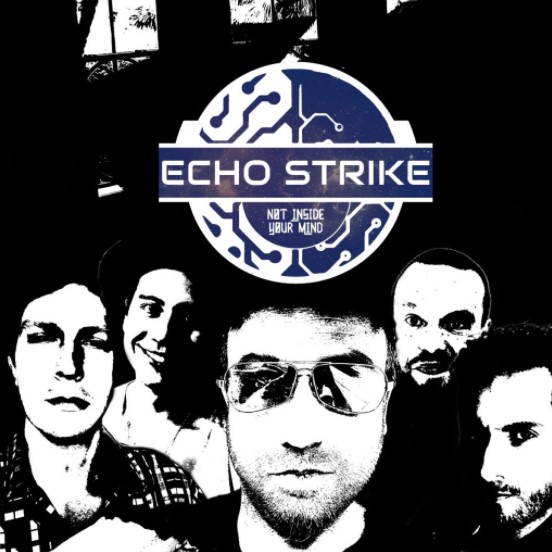 Not Inside Your Mind is the new pop/rock album from Echo Strike.

Although relatively new on the music scene, Echo Strike has actually been in the making for a while. Lead singer, Randy Van Gelder, envisioned what the musical project would be a long time ago, and then began to steer the formation of the group. In 2018, Beau Newlin, the guitar player, and Jonathan Broussard, the producer, joined Randy Van Gelder and they all began to put the vision of Echo Strike into action. Their first album together was Honest Lies.

Later in the year of 2018, Randy then began looking towards Argentina in order to scope out some more talent for the band. Having been well connected to the Argentinian music scene, Randy felt it was the perfect place to look for new members that could complete Echo Strike. There he found Homer, Zeta, John, and Angel.

Collectively as an entire band they were due to embark on their first tour in March 2020. Obviously, due to the pandemic, this was unfortunately canceled.

Waiting out the pandemic in Argentina allowed Randy to explore his more creative side and he delved deeper into musical writing and creativity. This was when Not Inside Your Mind was born.

The album opens with the catchy track, Catch Me. With incredibly danceable rhythms and electronically enhanced vocals that echo Daft Punk’s style, infused with the Echo Strike’s indie/rock flair, Catch Me is the perfect track to open the album and set the scene for what’s to come.

Just Fly takes the music back to a more traditional rock sound, with two guitar tracks overlaid that is reminiscent of 90s rock bands such as Soundgarden. The thoughtful lyricism used in Just Fly will satisfy anyone searching for a more in-depth and emotional touching song within the album.

Closing the album is one of the most musical creative songs on the album. Go displays Echo Strike’s signature vocal sound, with a guitar backdrop producing unique chord progressions. A very small electronic music interlude in the song pushes the band’s sound into even newer territories.

The inspiration behind the new album was, of course, influenced by the current state of the world and the conditions that many people were living in. However, other themes such as racial injustice are also featured on this creative album. The band notes that the album is ‘ultimately a positive album about never being trapped in your own head.’

Not Inside Your Mind is the new pop/rock album from Echo Strike. Although relatively new on the music scene, Echo Strike has actually been in the making for a while. Lead singer, Randy Van Gelder, envisioned what the musical project would be a long time ago, and then began to steer ...