Not Inside Your Mind – Echo Strike (reviewed by Dave Franklin) 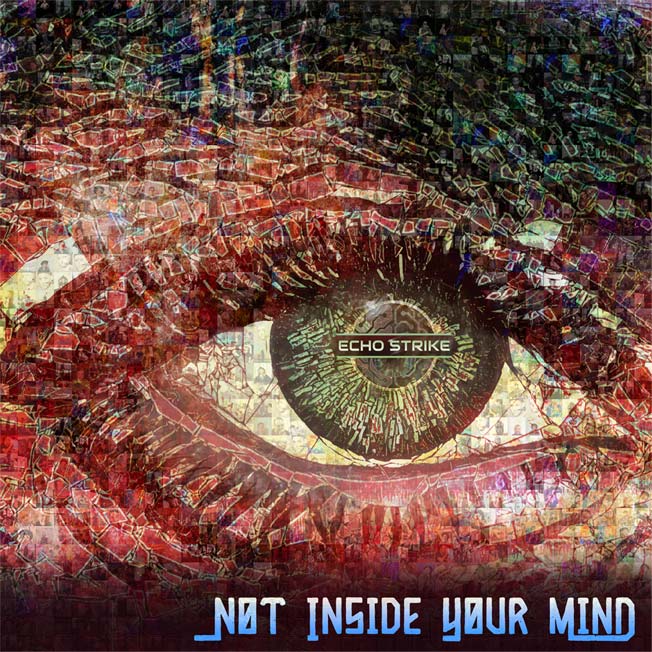 If you heard someone throwing around the term pop-rock you could be forgiven initially imagining some sort of middle of the road, fashion-driven dross that neither delivers the immediacy of the former nor the integrity of the later. But what if there was a way of taking the instant hook, the cool catch and inherent melody of a pop approach and weld it onto a more driving, urgent and robust, almost rock vehicle? Surely anyone who could do that would be carried through the streets on the shoulders of eager music fans, would be called saviours, the rainmakers for this current music drought, would be regarded as heroes and brave cross-genre gene splicers of the modern musical age. Wouldn’t they? Or if you are looking for a more modest title you could just call them Echo Strike.

With their first full tour abandoned because of the pandemic and finding himself stuck in Argentina, the main driving force and instigator of the band, Randy Van Gelder, started work on what would become this, the follow up album. And perhaps due to the strange and unexpected circumstances, the band quickly found themselves evolving in new and exciting ways and thus Not Inside Your Mind was borne.

Catch Me kicks things off nicely, laying out a mission statement for what is to follow by way of a jaunty, up-beat pop structure driven by some funky-soul guitar work and solid grooves. From there on they begin weaving both power and poise into something which, whilst isn’t exactly rock, borrows from the same authenticity and allure and if isn’t merely pop certainly employs the same addictiveness and infectious catches.

Just Fly wanders it’s own path, busy, tribal beats pushing things in a more cool indie meets underground-pop direction and It’s Alright is one of those minimalist anthems which you can imagine hearing at the end of a festival set as the sun goes down behind the stage and you wander off into a world which might never seem quite the same again.

Revisionist is a slower burning, darker and more brooding number, spacious and soul-searching and Perception is a soaring and searing pop gem, often understated, sometimes sky-scraping.

Rock has the chops to add substance to the often-vacuous nature of modern pop and in turn pop has the ability to sneak rock attributes through the snobbish barricades the genre often builds for itself and on to more fertile and lucrative pastures. No one knows this better than Echo Strike. No one puts this into practice better than Echo Strike.

Echo Strike – ‘Not Inside Your Mind’ review by Upstream

If you heard someone throwing around the term pop-rock you could be forgiven initially imagining some sort of middle of the road, fashion-driven dross that neither delivers the immediacy of the former nor the integrity of the later. But what if there was a way of taking the instant hook, ...