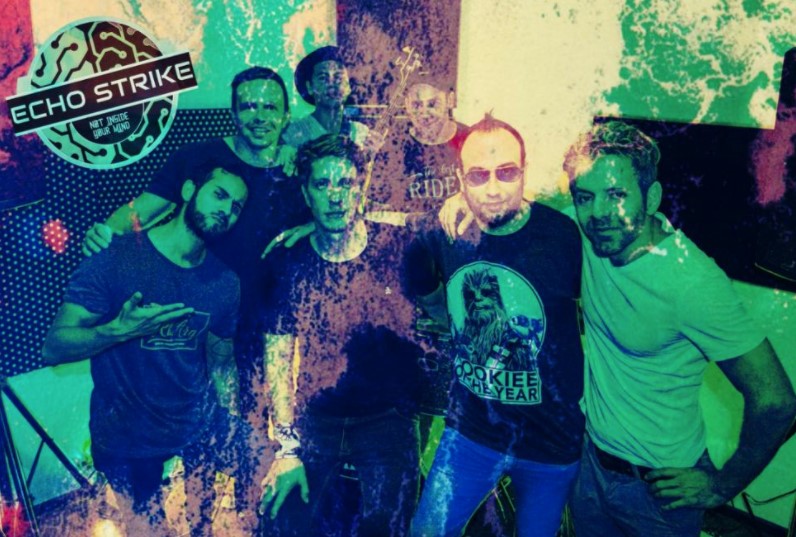 Echo Strike delivers 15 tracks brimming with multi-genre blends of rock, indie pop, and even electro-funk…a musical canvas for anyone and everyone to embrace from slow-paced songs to fast-paced songs to songs that entice bodies to the dancefloor. “We are on a mission to touch hearts and minds in every corner of the globe.” Without a doubt, ‘Dirty Clean Sexy Mean’ is no exception.

“Bad Intentions” sets off the album and like the other songs, is seamlessly honest. It’s about getting through to someone even with bloodshot eyes and no compromise…bad intentions and all. “1978” gets bodies moving with a funky 70’s disco vibe that is sure to lead everyone to the dancefloor step by step. “Sweet Child of Mine” serves as an upbeat tempo of the classic Guns N Roses hit single, with an infectious guitar performance that drives the track from beginning to end. “Making the Jive” follows suit with the invigorating sounds. Only two things will come from this song, groovy hip-shaking and a night of ecstasy behind closed doors (watch the video below).

The group switches to a more serious mode in “Everything Hums.” The song circles around the idea of running away to seize the day regardless of what is felt all around or in the space between. “Work To Do” commences the next flow of slower-paced songs with a focus on love and relationships. In this song, it’s clear that one is too much to handle and begins to flee when things are brought to light. It offers an alternative, to work on each other and save the relationship. “Her Smile” paints a picture of a long-haired woman with red lipstick and a breathtaking smile that completes everything. “Leaving” might be noted as one of the top relatable songs off the album. In far too many relationships, leaving is equivalent to problem-solving instead of rebuilding the shaky ground. But if one is so quick to leave, should trying to convince them otherwise be a choice?

“Up For It” steers the album back to the dancefloor with racing hearts and rising temperatures. It’s time to get up for it, get down to it, and keep up with it. The use of captivating metaphors in “Dangerous Woman” describes the allure and uncertainty of being with a dangerous woman…If she breaks will he sink? “The Stranger” piggybacks off that theme but is about a young woman being followed by an unknown male. The chilling, intermittent guitar strumming heightens a sense of fear, will she run and hide in time before he gets in…

In “Demons” we feel the heated gazes from demons that are mind haunting. The song hits hard with little room to escape what feels like a physical and mental takeover. This leads right into “Alone”, a song that depicts the emotions of sitting alone at night drinking to pass the time and even years. It transcends listeners into a dilemma of racing thoughts and a distant heart. “Listen Hard” is a song about change and an attempt to convince someone of its necessity. However, accepting the need to change can be more difficult than the act of changing. “Wait And See” concludes the album and is more of a thought-provoking song…self-evaluation of what we want to do and who we want to be, as well as what we need from our better half to achieve both.

Overall, Echo Strike delivers an incomparable album fused with a kaleidoscope of electrifying sounds and smooth transitions that ideally accentuate the raw emotions from the group. The content featured on the album touches on crucial aspects of life that we deal with daily from personal demons, tumultuous relationships, and finding oneself. They do so in a manner that allows us to also celebrate ourselves (the good and ugly) through music on and off the dancefloor. Stream the album and connect with Echo Strike below.