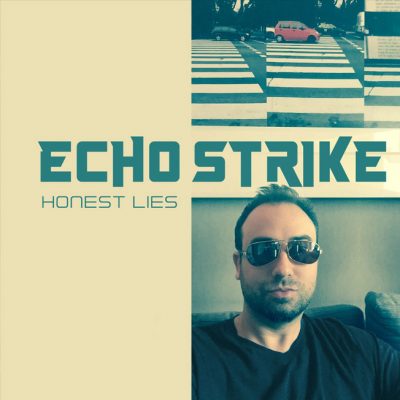 Add all tracks to playlist

Honest Lies, the maiden release from Echo Strike, is a story that was told over decades. Lead singer Randy Van Gelder introduces us to his writing with stories that span over the late 90s (as incredibly young man) all the way through 2019. It took many years to find the courage to produce this album and to set Echo Strike on its course.

The album has a story to tell from the first moment you hear Stuck all the way through Falling Down. It is about the beginnings of relationships, the hard times throughout and the eventual end, one way or another. The songs feel ageless and graceful but have a powerful soul buried deep within them. This might not be the most commercially successful album nor was it ever supposed to be. This was always going to be an important album.

With the release of Not Inside Your Mind, this album might get lost in the shuffle because of how incredible their more refined sound is. The second album shows that they worked hard to understand who they were and who they want to be. But Honest Lies shows you who they are at heart. With songs like Eyes on You, Mexico, In Truth and That’s Not Me, you cannot go wrong with the beauty and lyrical wonders throughout.